What Is An Open Admission Animal Shelter? 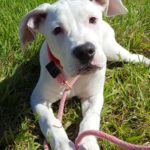 The Florida Keys SPCA turns no animal away! No matter the species, the age or medical condition, EVERY animal brought to us is welcomed. That’s what an open admission shelter is. We welcome dogs and cats, turtles, snakes, birds, lizards, rabbits, hamsters, rats, guinea pigs and other small animals. Larger animals include goats and pigs.

We also work closely with the Key West Wildlife Center, and the Marathon Wild Bird Center which have programs in place for relocating chickens and wild birds.

Once we accept an animal into our care, we treat that animal no differently than we would expect a loving pet owner to do. We do not take the life of any animal in our care for reasons of length of stay or our shelter capacity.

Each adoptable animal is kept as long as it takes to find its forever home. We have housed a cat for five years and it is not unusual for a dog to be with us for a year.

What Is The Difference Between an "Open Admission" and a "No-Kill" Shelter?

The most common understanding of a no-kill shelter isn’t that it never kills, although that’s what the term implies.

Instead, a no-kill shelter is one with a 90 percent “live release rate” — meaning that nine of every 10 animals admitted leaves alive.

Some “no-kill” shelters achieve no-kill status by only accepting what they consider adoptable animals. This definition of “adoptable” may exclude seniors, pets with treatable illnesses or animals with special needs.

There is no certifying body that bestows a “no-kill” label, and there is no universally held definition of it even among the various strands of the animal welfare community.

While we don't label ourselves “no kill,” we embrace the positive philosophies of the movement by working tirelessly to save all healthy and treatable animals in our care. No healthy or friendly animals, or animals that can be saved through reasonable medical intervention, have lost their lives. The Florida Keys SPCA is always growing and evolving our processes to save more animals each year and more can be saved when the community comes together for the animals.

What If I Need to Surrender My Animal?

If you feel you need to surrender your animal, the Florida Keys SPCA takes in all domesticated animals regardless of age, health, looks or behavior.  We do everything we can to place that animal into our Adoption program.

When surrendering an animal consider the following:

What About Iguanas, Raccoons, or Bufo Toads? 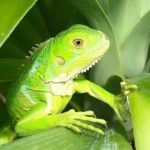 “Nuisance” animals are part of our animal control mandate under our contract with Monroe County.

Iguanas: per Florida Fish & Wildlife Conservation Commission regulations, we are not allowed to release iguanas that are brought to us. We are required to humanely euthanize them.

Raccoons: We relocate these animals within our jurisdiction, or work with Raccoon Rescue to find a suitable place for relocation.

Bufo toads: We are legally required to humanely euthanize these animals as they can poison dogs.

What Are Community Cats? 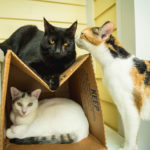 Any free-roaming cat seen outdoors could be considered a community cat. Some may have owners that allow them to wander outdoors but many appear to be unowned, stray or feral. Some community cats are friendly, but truly feral cats would be unable to adjust to living indoors.

To save these cats, the Florida Keys SPCA encourages, promotes and assists the implementation of trap-neuter-return (TNR) programs in our communities. TNR involves trapping, sterilizing, vaccinating and returning these cats to the locations where they were originally found. This strategy not only reduces the population over time by preventing breeding, it also helps keep the cats safe and healthy.

The Florida Keys SPCA also supports and assists setting up managed cat colonies in our communities. Florida Keys SPCA staff and volunteers make every attempt to socialize them well enough to become family pets. Only when the above efforts are unsuccessful, we have no alternative but to humanely euthanize them.

What Is The Distinction Between Euthanasia and Killing? 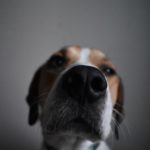 Animal welfare organization Best Friends defines euthanasia purely as “an act of mercy reserved for situations when an animal is irremediably suffering and a veterinarian has determined the animal has no chance of recovering an acceptable quality of life, or the animal’s behavior doesn’t allow him/her to be a candidate for rehabilitation.” This is the policy of the Florida Keys SPCA.

As a shelter, we do not believe in euthanasia as a means of population control or for space. We utilize euthanasia for its true meaning: for suffering animals that no longer have a quality of life or for animals that we cannot safely place in a home.

Conversely, if a healthy or otherwise treatable animal has his or her life ended simply to make space for other animals, or for some other reason (e.g., old age, special needs), we consider that animal to have been killed. This is NOT the policy of the Florida Keys SPCA.

What Does "Live Release Rate" Mean? 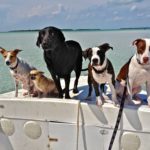 Most animal welfare organizations, especially open admission shelters such as the Florida Keys SPCA, believe that the “live release rate” statistic (cats and dogs only) best represents the true picture.

Under the “no-kill” definition, a difference of 1% can equate to inaccurate labeling. For example, if XYZ Shelter saves 90% of their animal population, they are considered a “no kill” shelter, but would be labeled a “kill shelter” at 89%.

Because the Florida Keys SPCA practices open admissions, each day is different from the next, and may present unpredictable circumstances. It is not uncommon for open-admission shelters like ours to intake large numbers of animals in a single day which can distort a live release rate number, or percentage. For instance, cases of animal hoarding, illegal breeding or dog fighting.

To present a true picture, we calculate our live release rate monthly.

Cat people are some of our favorites!